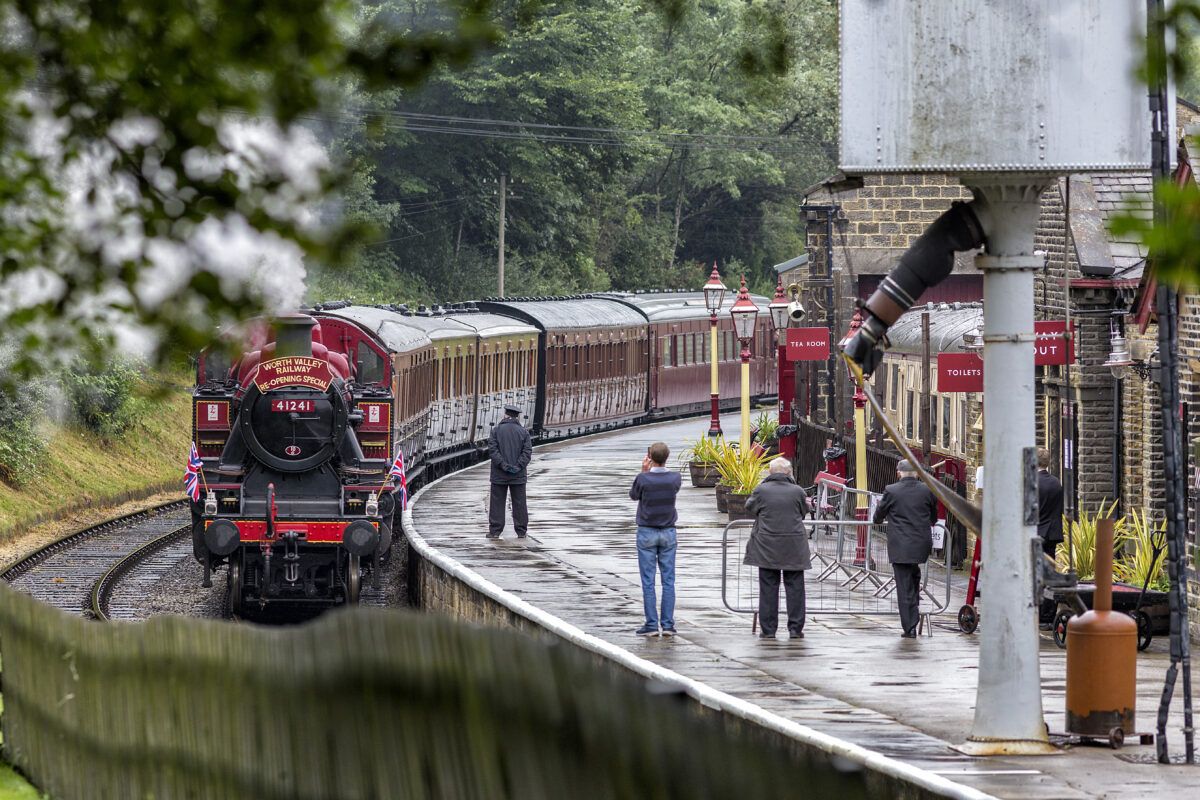 Sunday August 23rd 2020 saw the first use of our 3 compartment carriages on the Worth Valley’s relaunched public services, the photo shows them in use on trial running with 2 Vintage Carriages Trust carriages at Oxenhope. They will operate on Sundays through to 27th September inclusive as well as 2 Saturdays in September.
After September they will not be in use except for Third Class 6-wheel 1507, and subsequently First Class 6-wheel 279, both of which featured in the services after Xmas and over New Year to satisfy the need for compartment carriages.

January 2021 – after January 3rd, the Worth Valley have decided that the railway will be closed until further notice, hopefully they may reopen for the February half-term holidays but in late January that seems unlikely.

November 2020 – the trustees have now agreed that the Worth Valley can use 1507 in planned services during the Christmas and New Year period, with the possibility that First Class 6-wheel 279 may be used in a ‘premier’ service during the period.
(photo copyright Craig Philip Szlatoszlavek supplied by Worth Valley Railway)

Regular viewers of photos on the site will observe that our carriages are now running the opposite way round – they have been turned on Keighley turntable.
This has been done to help with the carriage of passengers in wheelchairs and people accompanying them, as on our brake carriage the area with double door access is much larger than those of the other carriages, also providing easier access on Oxenhope platform.

Want more information about the Trust?

Lancashire and Yorkshire Railway Trust is a Charitable Incorporated Organisation registered in England & Wales as 1157071.

Find out more? –  see About Us

You can make donations by Bank Transfer to our Bank Account to: Lloyds Bank Burnley, Sort Code 77-76-17 Account 14668160 Regular payments can also be made into this account

Make a donation simply and easily with PayPal

Support Lancashire and Yorkshire Railway Trust when you shop at smile.amazon.co.uk