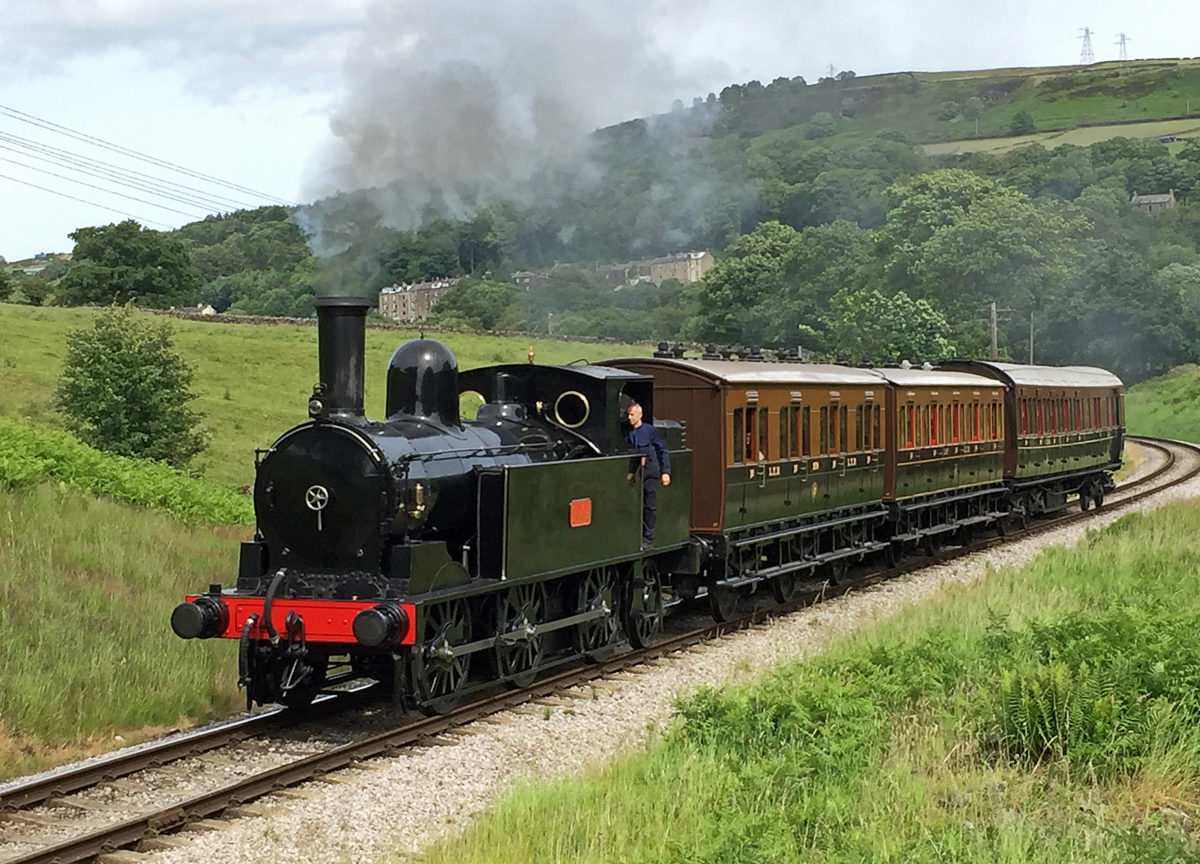 The 6-part series called ‘The English Game’ was released on March 20th 2020 and can be viewed on the NETFLIX TV channel.

Our six-wheel carriages 279 and 1507 together with the Bogie Brake 1474 were used under a contract with NETFLIX.
The series covers events that led to the introduction of professional players into English football in the Victorian era.

Our carriages were used with Coal Tank 1054 during May and July 2019, much of the filming being in Keighley station which was renamed Darwen for the purpose. Although Brake 1474 was not available for public service at the time, the Worth Valley had approved it for use in the filming, for which the brake compartment was modified by the fitting of wooden benches for a team to sit.

Back to Latest News menu

Want more information about the Trust?

Lancashire and Yorkshire Railway Trust is a Charitable Incorporated Organisation registered in England & Wales as 1157071.

Find out more? –  see About Us

You can make donations by Bank Transfer to our Bank Account to: Lloyds Bank Burnley, Sort Code 77-76-17 Account 14668160 Regular payments can also be made into this account

Make a donation simply and easily with PayPal

Support Lancashire and Yorkshire Railway Trust when you shop at smile.amazon.co.uk